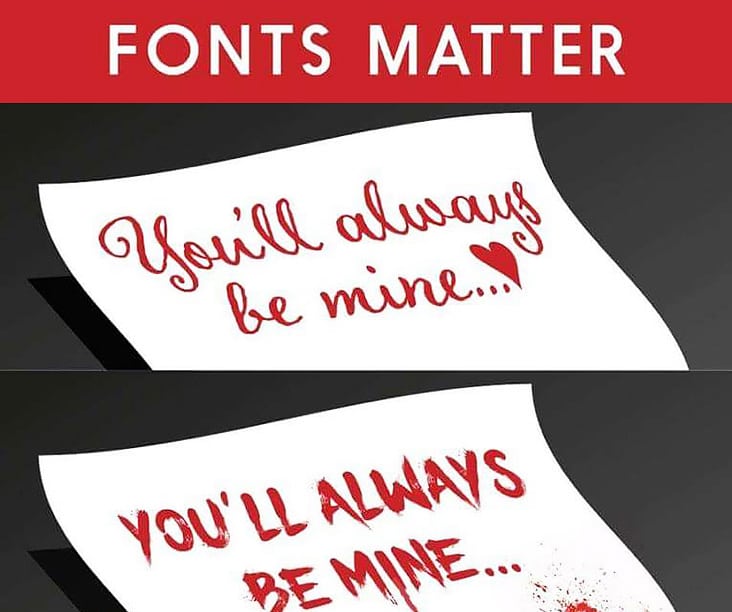 Yes, fonts can be fun!

We all know that font choice can change the feel or perhaps even intended meaning of a design project, like this fun example at stjoesgraphicdesign.com. So depending on whether you want to share with the love of your life or the innocent person you are stalking, focusing on fonts will fare far finer than forgetting. (See…that WAS fun!)

A great place to get free fonts is from 1001 Free Fonts! Here are some of our current favorites: 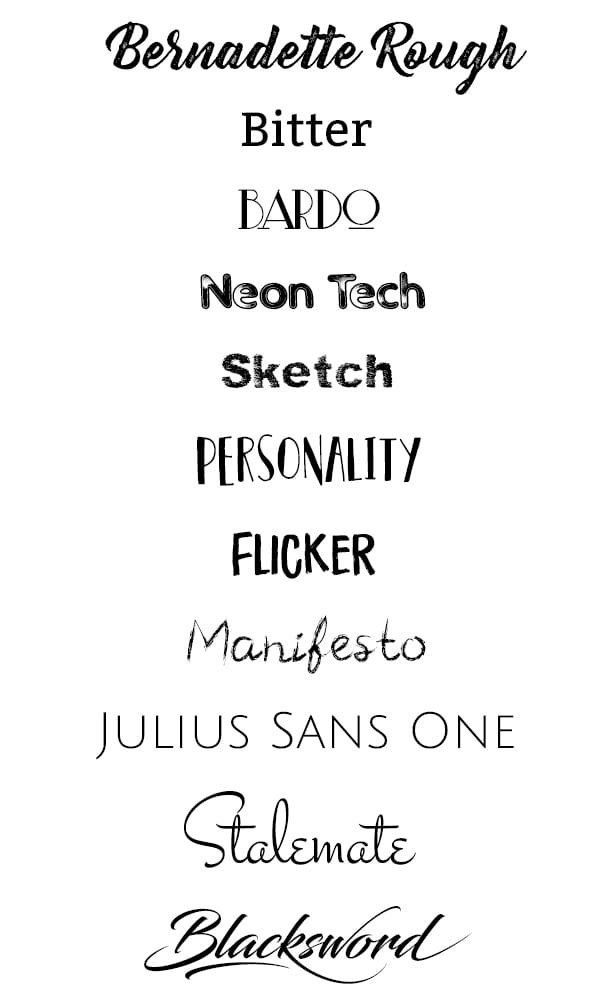 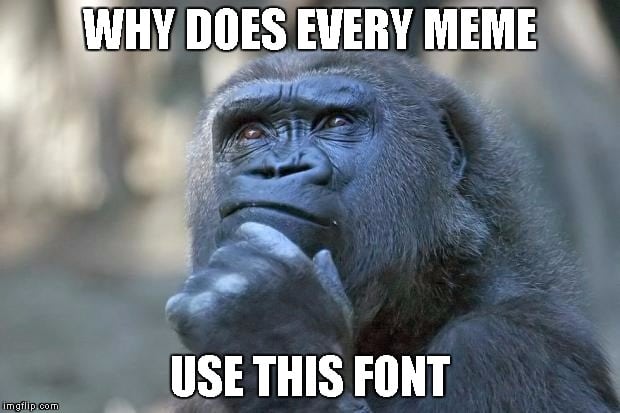 Have you ever wondered why the font on your favorite memes is always the same? Would you believe the answer goes back to 1965? It might be hard to believe but in 1965, the typeface IMPACT, created by Geoff Lee, was released. The early-on use of IMPACT showed its readability with its thick letters that just easily, well…made an impact, especially on images. Of course, at that time nobody could have imagined how it would be utilized as the ‘go to’ font for memes. But technology not only changed our lives so extraordinarily since the 60’s, it also changed the life of this font.
Towards the beginning of the digital age, IMPACT was one of the primary fonts that was licensed to a little company named Microsoft. Since it was included in the Windows 98 operating system, it was a supreme force in the font field. It took hold in people’s font selection for its ability to stand out on images more so than some of its peers, like the designer’s demon, Comic Sans. And once the momentum started for IMPACT, it was unstoppable. Attempts have been made to change the meme with thought bubbles and text boxes, but for now, the classic IMPACT font with the characteristic black outline is what we have come to expect. All it took was some good design work and a little push from technology.

Now the next time you’re generating a Happy Birthday meme with Frank Gallagher on it, you’ll know how your font selection came about!